Today we are presenting our community spoiler: [12-004R] Alphinaud! We are excited about the great ability he provides and enjoyed the way the lore of this important character has been portrayed in a perfect manner!

Class: Scion of the Seventh Dawn

When Alphinaud enters the field due to your Summons or abilities, you may search for 1 Character and add it to your hand.

Alphinaud's development in FFXIV and the FFTCG

The following section contains slight spoilers from A Realm Reborn until Stormblood. We tried to keep it mostly spoiler free for the current (and really amazing) expansion Shadowbringers.

Alphinaud, together with his twin sister Alisaie, is one of the first characters you will meet in FFXIV. Even with them just sitting silently on the same carriage as you. Both characters are also staying in the back, sharing their opinion on various things and rarely engaging in combat. That's why we had our first Alphinaud in Opus V as a Backup, dealing some damage, which could be increased if you control a Scion of the Seventh Dawn Forward.

In Heavensward Alphinaud was forced to leave this comfort zone and start taking action in the front row. Traveling with the Warrior of Light, Estinien and Ysayle, he tried to put an end to the ongoing Dragonsong War. Alphinaud transformed into a Forward in the FFTCG too. But you could tell quite easily, that a 2 CP 5000 power Forward is not the greatest fighter. Smart as Alphinaud is, he tried to win with his wits instead of brute force: every Forward, equal or weaker than Alphinaud, would become dull when he attacks. There were a few really aggressive decks, abusing this combat trick.

Our Spoiler shows Alphinaud in his Shadowbringers attire. In this expansion he ends up in a world referred to as “The First”, struggling with their own problems. After his mysterious arrival, Alphinaud has to get accustomed to it. Just like the other Scions of the Seventh Dawn, he is not idling around, but searching for a task that needs his special abilities. While in game it's mostly things like being a superb negotiator, he gives Fire in the FFTCG something it needed for a long time!

When I first saw this card, I was just in love with how well it captures his Shadowbringers storyline: Alphinaud is being taken from his usual element Lightning (his real world), into a new element, Fire (The First). Another offensive element (a world full of danger and problems), which can benefit from Alphinauds tricks and gain what it needs: a Searcher.

The community has been asking for quite a few sets for a good searcher in fire. Alphinaud is just going all out and let you search for everything, except Summons. But fire has some other ways to search for them ([6-010H] Vermilion Bird l'Cie Caetuna, [7-008C] Sazh or [11-012C] Mootie for example). Even with the limitation on how you can utilise his search effect, fire has some options: as for summons you have [5-019L] Phoenix. For abilities on fire cards you could use [10-004H] Caius or [10-008L] Xande for example. Caius especially enables a really strong first turn play, by bringing Alphinaud on the board, giving you a chance to fetch a Backup or anything else you want. [8-002C] Black Mage or [2-005C] Sage would also allow you to attack with any of them in this turn. Meaning your first turn would result in two Forwards and one Backup on your board and the first point of damage.

But even outside of Fire there are various ways to enable Alphinauds ability. Flickering him with [6-041L] Rinoa or [10-023H] Unei works just fine. There's just a large variety of cards giving Alphinaud the chance to search with him. We have done a quick (and maybe not even complete) list of possible cards that came to our mind: 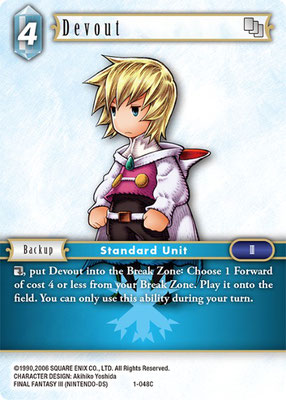 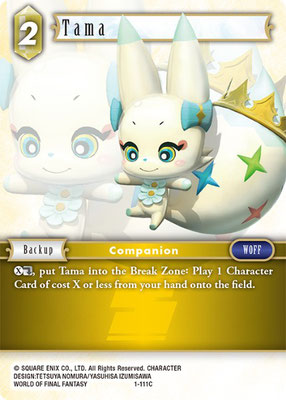 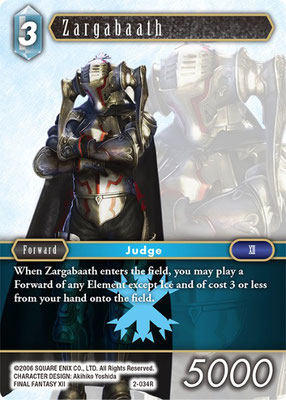 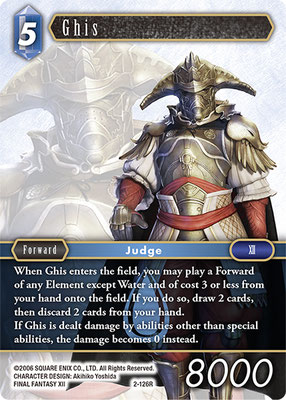 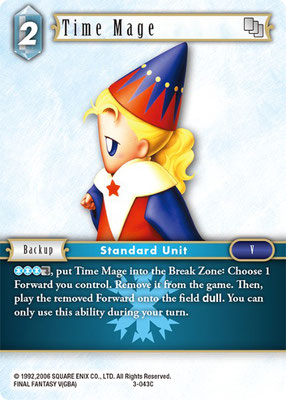 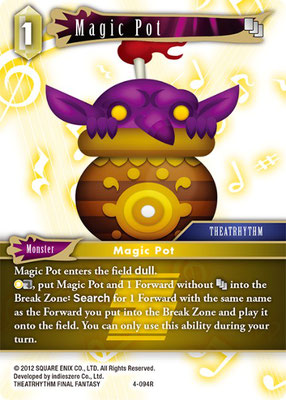 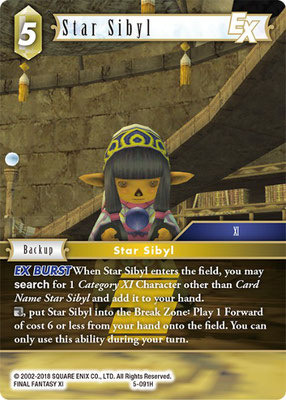 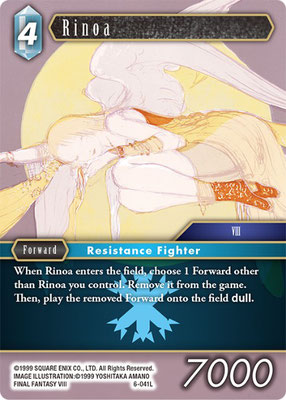 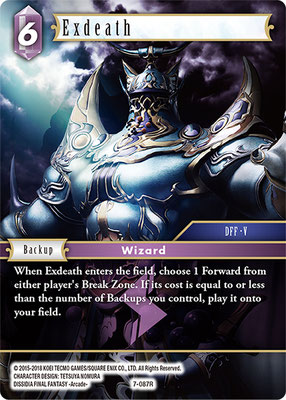 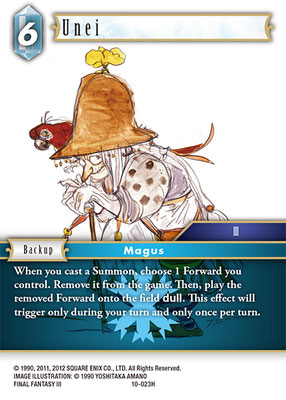 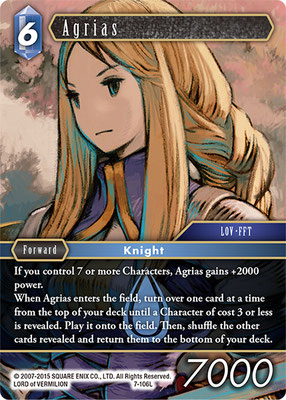 Alphinaud searching every character from every element gives him a wider spectrum of decks that would like to use him.

Even with most of these cards being Legends or Heroes, Alphinaud is still also an interesting option for the limited formats.

In L3 constructed he could, for example, be a possible searcher in Marche / Ritz decks.

All cards shown so far from the new set can be seen on our Spoiler page.

The best way to utilise him, not only in the upcoming set, has been presented by Sascha Stark from Limit Break Berlin today. In courtesy of him having a spoiler on the same date as us, we will not show this card here, but we highly recommend to check out his article!

Alphinaud himself can be searched with [5-120C] Louisoix. [5-160S] Minfilia would be another option to search, but surely [11-072R] Tyro may fulfil this job even better (unless you are going for a Scion of the Seventh Dawn based deck).

Thank you very much Square Enix for once again letting us be a part of the Community Spoiler Season!

We hoped you all liked our article. What is your opinion on this card? What deck ideas are on your mind for this new set? Tell us over Facebook, Twitter or Discord!